dp re/searches and ponders existences and behaviourisms humanimalistically. sound as communication in direct and primal form, a language, a tool of metaphysics, a conscience and a consciousness. works that oppose the omnipresent restriction and reduction of life and living, and activate primordial shared emotions otherwise hidden under the debris of civilisation, inviting rumination, encouraging intervention, endorsing catharsis, liberating. therapeutical stimulation is acknowledged. sonic activism, ritual protest music.topically dp might touch on topics such as environmental sensitisation, sentient awareness, animal and human rights and existentialism, but more so he’s interested in how these and related topics interconnect, the hyperconnectivity some call chaos. dp rings in the era of humanimal.methods are audio de/construction, composition, sonic rituals, psycho-acoustics and performance. tools are voice, body, field recordings, electronics, objects, video.dp has worked solo as dave phillips/dp since 1987. part of schimpfluch-gruppe since 1991 (with rudolf eb.er/runzelstirn & gurgelstøck, joke lanz/sudden infant etc.), co-founded ohne in 2000 (with tom smith, daniel löwenbrück, reto mäder), started the one-man-doom-project dead peni in 2004, the perverts in white shirts duo since 2012, co-founded fear of god in 1987 and has played in numerous other bands, projects and collaborations. born 1969 in switzerland. dp's humanimalism is a concept that describes a developed humanoid existence that has overcome the erroneous religious, material and supremacist phases of evolution (recognised as mistakes that anticipate learning processes), acknowledges itself as part of a whole and has grown into an empathic, conscientious & connected creature allowing emotion & instinct their equal part in decision-making, moving beyond the previously dominant one-sided, reductive rational/logical/systematic/male/anthropocentric mindset, and having balanced itself within its environment by retracing an origin, with social and environmental awareness becoming inherent sensual functions.dp has been sonically active for 30+ years, has appeared on over 200 releases and has played near to 600 concerts in 50 countries. 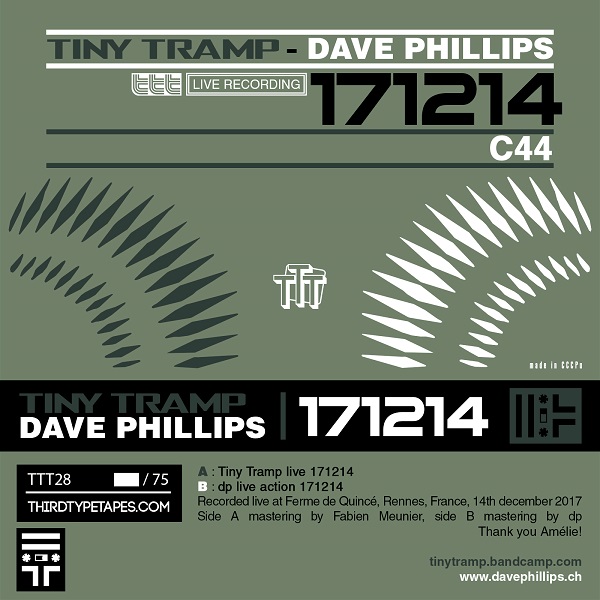