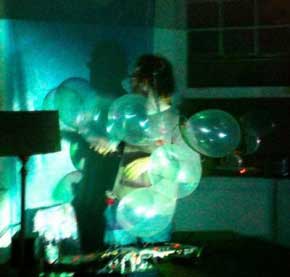 Holzkopf is a Coast Salish Territories (Vancouver, BC, Canada) based musician and artist.

His music combines dub mixing techniques with extreme noise performance and psychedelic walls of sound with harsh static rhythms.  The use of cassette decks features heavily in his work, using home-made collage tapes as well as found ones.  Smashed and grabbed cuts from warbled and detuned tape are juggled with blown out beats and lo-fi sampling.  Performances are filled with volatile energy and unpredictability, never the same twice and constantly evolving.

Holzkopf has been actively performing in North America since 2001 and Europe since 2006.  Concerts have ranged from Estonian industrial festivals to jazz and new media festivals to squat shows and parties on farms and under bridges.  His work is adaptive and based on improvisation, proving itself in any situation and expanding itself based on new contexts.  He has supported a diverse range of artists from free-jazz drummer William Hooker and DJ Olive to Venetian Snares, Cex, John Oswald, Scanner and noise artists Knurl, Emil Beaulieau and many others.

Holzkopf has produced dozens of small run CDs, tapes and records as well as many online releases.  His work has been released by labels such as Wintage Records & Tapes, Panospria, Eschaton Industries and Dainty Deathy in Canada, Attenuation Circuit and Toztizok Zoundz in Europe and No Disco in Japan. 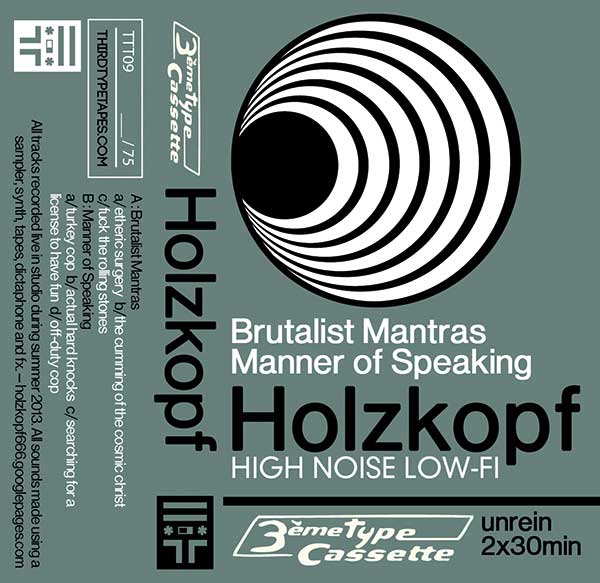